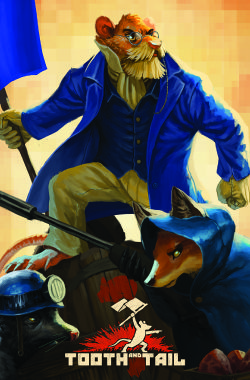 Bellafide is the leader of the Longcoats faction (representing free market capitalists). After his son was taken from him to feed the masses, he launched a revolution to overthrow the Civilized, led by Archimedes, with the assistance of Hopper, the leader of the Commonfolk. His units carry the colour blue. Although a prize fighter in his youth Bellafide worked hard to start his own tavern. Eventually becoming so successful that he was able to afford a large mercenary company, which he uses at the start of the revolution. Due to his rags to riches story, he is convinced that any animal can bring themselves up from the bottom with hard work. In this belief spawns his Capitalist view as those who are unwilling to work hard, should contribute with their meat. 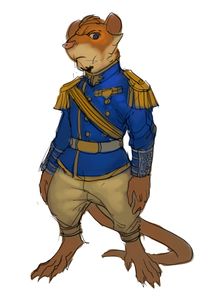